Bear meat is a unique texture. It is somewhere between pork and beef. Like any wild animal, it does have a 'gamey' flavor when the fat or gristle is consumed but with the right preparation and recipe, that taste can be avoided. Some of the hunter's advice below is true; bear meat has a stench to it that is admittedly unappetizing. Depending on how much muscle or fat the bear had gained over the summer season, the meat can be chewy and strong. The desirable meat has been cut clean of the fat, tendons, and other areas that hold the 'gamey' flavors. The right recipe can also help contrast the 'gamey' flavors and complement the meat itself. I often choose stew, stir fry, or the meat of today's topic: stroganoff.

This activity is not for the light-hearted. This is a dangerous hunt that takes knowledge and understanding of the animal, its habitat, and the weaponry needed to hunt this big game. The Alaska Department of Fish and Game has bountiful information about hunting regulations and open seasons. If you ask any Alaskan hunter they will tell you their own thoughts and personal rules around harvesting bear and each piece of advice will contradict the other.

Ultimately it is all of a matter of opinion, and my opinion is that you can make any bear meat taste good with the right recipe.

I am grateful that I don't have to harvest my own bear. My husband loves hunting and was filled with joy when he got his first brown bear in September of 2020. He was commercial fishing outside of Port Armstrong and had a few days to spare. Instead of resting from the long hours at sea, he chose to put in the hard work and dedication required to hunt for bear. The town's fish cannery brought in many bears of all shapes and sizes. They would slink around the edges of the town, following the scent of the bountiful salmon industry. He saw a mid-sized brown bear combing the beaches and through his scope saw a patch of white fur on the ear. This marking isn't common for brown bears and it interested him. He asked the locals if they had seen a bear like that before and they shared stories of a bear from a few years back with similar markings and that they have seen her offspring every year. Inspired by the special marking, my husband decided to go look for that particular bear and go in for the kill, despite its average size.

The day of the kill he got the bear in his scope, watched the beautiful animal take a few strides, and in one deep inhale, took the shot. He was overjoyed to see the animal gracefully fall to the shoreline. A hunter finds pride in a proper kill; a single shot that does not bring unnecessary pain or suffering to the animal. After coming down from the excitement he started to skin the animal. He was hesitant to harvest the meat, due to all of the opinions he had heard. He went with his instinct and decided to take the prime cuts home along with the hide and the skull.

For this recipe we decided to go with the Alaskan Brown Bear Stroganoff. It's an easy meal to prepare, is full of flavor and does not have that gamey taste that some bears will have.

A flavorful way of preparing Alaskan brown bear without the 'gamey' taste that bears usually have.

Let us know if you tried our Alaskan Brown Bear Stroganoff recipe and what you thought of it. 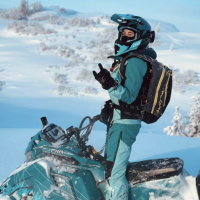 I am a born and raised Alaskan who enjoys being outside and living a subsistence lifestyle. I spend most of my time camping, hiking, snow machining, harvesting, fishing, hunting. I love cooking with ingredients provided to me by this great state. I was raised between two hard-working parents. My father, who lives 20 miles by snowmachine from the nearest town taught me all about subsistence living and utilizing our natural resources. My mother, who lives in one of the most beautiful destinations, Seward Alaska, has always been involved in the tourism industry. Her work ethic inspired me to start working at 14 years old as a customer service representative for Kenai Fjords Tours. I helped many travelers fulfill their Alaskan dream vacation by coordinating boat tours, flights, hiking trips, and even providing the best places to eat.